Hello, my name is Michael Koch and I am the owner of this website.

I have been working as a freelance software developer and consultant since 1994, mainly in the areas of information systems, language technology, and telecommunications. Over the course of time, I have participated in several major projects in which GUI-based and voice-controlled information systems have been developed for various car manufacturers and telecommunications providers.

In 2001 I graduated from university with an M.A. in Information Science and Physics.

The first project of my own was the design and reference implementation of a voice dialog control for multimedia components in vehicles, on behalf of temic AG and Porsche AG.

As part of the research project “Workplace of the Future”, a collaboration between the University of Regensburg and BMW AG, I was involved in programming an information system with a touchscreen GUI as an assistance solution for warehouse management and rework from 2005 to 2006.

In 2002 I was a co-founder and co-owner of SPEECH EXPERTS GmbH. The company was founded by five employees of the Chair for Information Science at the University of Regensburg as a GmbH. It combined many years of know-how from research and development in the field of language technology. The founders worked on numerous projects in co-operation with Audi, Bosch, DaimlerChrysler, Porsche, Ericsson, Siemens, Sony, Telekom, Temic, and Toshiba. The technical starting point for the foundation was a dialog manager based on Smalltalk, which enabled rapid prototyping for voice applications in the automotive environment.

In 2003, the SPEECH EXPERTS had their best-known project with Bosch-Siemens home appliances, which was reported in the media worldwide. The voice-operated washing machine “Hermine” was developed from a master’s thesis and was presented at CeBIT: Upon request, Hermine gave tips and recommendations for sorting and maintaining the laundry and for the washing process itself. Hermine started the desired program with a voice command.

In the following two years, the company mainly dealt with the development of multimodal operating concepts in cars with a focus on voice control on behalf of Robert Bosch GmbH.

In 2005 I took over the management of the software development of the communication software SPEXBOX. This is a software solution that is primarily aimed at small and medium-sized companies. It is sold in Germany, Austria, and Switzerland by over 300 specialist trade and distribution partners and used in over 30,000 workplaces.

In addition to voice-controlled phone operator, fax server and voicemail system, the software also offers other modules related to corporate telephony. The software basis is a dialog manager implemented in C ++. With numerous abstract software interfaces, it enables the simple creation, modification and connection of voice dialogs to the components required for this, such as voice recognition, voice output, databases and of course the use of various communication channels such as ISDN or VoIP. 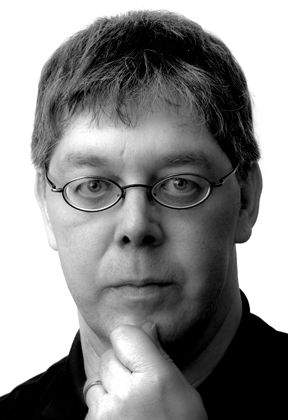